The Body Mass Index (BMI) is a measure based on two variants: height and body weight. The standard formula applies to both adult men and women. The formula for calculating BMI is simple: BMI = weight (kg) / height (m2).

The following are the different categories of BMIs endorsed by official health organizations:

If your BMI is less than 18.5, you are considered underweight. Health risks associated with underweight include osteoporosis, infertility, and immune system weakness. Low weight may also indicate an eating disorder or another underlying disease.

If your BMI is between 18.5 and 24.9, this is the weight range considered to be “healthy”. This can reduce your risk of developing weight-related health problems.

However, if your BMI is 25 or higher, you are at higher risk of cardiovascular disease, developing diabetes, and some types of cancer.

The National Institute for Heart, Lung and Blood has presented the body mass index as a useful calculation for:

The higher your BMI, the higher the risk of these chronic diseases.

The BMI was born at the middle of the 19th century, after a statistician from Belgium developed the Quetelet Obesity Index in 1832. Adolphe Quetelet, a pioneer in studies about human growth, observed that when the weight got increased, so did the square of its height. For example, his index measured obesity with a calculation that divided a person’s weight, which is expressed in kilograms, with the square of the person’s height, which is expressed in meters, the same calculation we know today.

Obesity, considered as a disease that included its complications, goes back for about 100 years. In human history, body fat has been considered to be something positive, like a sign of good health, wealth, and abundant food.

But at the beginning of the 20th century, some of the insurance companies have observed the relationship that mortality and cardiovascular disease had with the weight of the insured clients, Subsequently, scientists followed suit to conduct epidemiological studies. According to life insurance policies, obesity was thought to be from 20% to 25% above this desirable range, and morbid obesity from 70% to 100% above the wanted range.

In the 1960s, BMI, the named Quetelet index, served as a weight indicator in clinical studies. The first study to confirm the validity of BMI, was the Framingham’s study in 1970. Researcher Ancel Keys also confirmed the validity of the Quetelet index in 1972, when he named it BMI. After that, it became a standard used internationally for measuring obesity in the 1980s and became a part of the mainstream language in the 1990s, after the U.S. government began to develop public health initiatives.

The Center for Disease Control and Prevention (CDC) states that the BMI calculation is probably the best method to assess obesity in the population. Since you only need weight and height for the calculation, it is affordable and easy for both people and clinicians. WIth it, people can compare their weight status to the the weight of the general population.

The National Obesity Observatory has stated that BMI is correlated with most people’s body fat levels. In addition, excess body fat is correlated with both current and future morbidity.  The CDC has also supported the corresponding relationship between BMI and body fat, even though it may vary by gender, age, and race.

Unless you are a bodybuilder, having a BMI of 30 or more certainly indicates a high level of body fat. Some people are not even aware of being in the obese category. This can, therefore, become an incentive to change your lifestyle. By using BMI, it is therefore easy to identify these at-risk people and be able to help them more. In a person in the process of weight loss, the decrease in BMI can also be used as a motivating factor.

For BMI between 25 and 30, it is a grey area, more difficult to evaluate.

The World Health Organization reports that high BMI is associated with 58% of type 2 diabetes, 23% of strokes, 21% of ischemic heart disease, and 39% of hypertension. A BMI above 30 is also associated with an increased risk of cancer, joint problems, infertility, and mortality.

Data collected from the Health Professionals Follow-Up Study and the Nurses’ Health Study has revealed that middle-aged men and women who had gained between 10 and 20 pounds (5 to 10 kg) after age 20 had increased chances to get a heart disease, type 2 diabetes, gallstones, and high blood pressure than people who had gained 5 pounds (2.5 kg) or less. Individuals who gained 22 pounds (10 kg) or more had an even higher risk.

In a study by King’s College, London, individuals with higher BMIs were at higher risk of several chronic diseases. In addition, obese youth had profiles similar to non-obese seniors. According to the Prospective Studies Collaboration, the mortality rate was at its lowest if the BMI was between 22.5 and 25. At a BMI of 30 to 35, life expectancy was reduced from two to four years, while with a BMI of 40 to 45, it was reduced from eight to ten years, similar to the effects of continious smoking.

Studies are therefore contradictory as to whether BMI is a sufficiently sensitive tool to actually detect excess body fat but also to predict the risk of health problems.

Many people argue that BMI is only a proportion or ratio of weight to height and is not a good indicator of body fat at all. BMI does not differentiate between fat, muscle or bone mass, and it doesn’t have any indication of the body fat distribution either.

Nevertheless, it is important to mention that obesity is essentially about excessive levels of body fat, not body weight. The World Health Organization defines obesity as a significant excess of body fat that leads to health risks.

For the same BMI, the degree of body fat can vary. At the same BMI, women tend to have more body fat than men. This tool, therefore, does not distinguish between the two sexes.

Also, it can lead to a false sense of security. Indeed, people with normal BMI may still be at risk of developing diabetes or cardiovascular disease depending on the distribution of body fat (abdominal or not). Also, individuals with normal BMI but who are smokers, sedentary and/or with very poor eating habits may be at an equal or greater risk of health problems than other individuals with higher BMI but who have healthy lifestyles. In short, by using BMI alone, we cannot identify all people at risk.

Finally, in people undergoing lifestyle changes, with dietary modifications and muscle exercise, it is not uncommon for weight to move little on the scale and therefore the BMI does not change either. However, many changes may have occurred: increased muscle mass, decreased body fat, better distribution of body fat, for example. The BMI cannot, therefore, reflect all these beneficial body changes.

The BMI incorrectly classifies athletes with completely normal or even lower fat levels as overweight. Separate standards should be established for sport populations. Athletes with a highly developed muscle mass and a BMI of more than 25 should, therefore, be less alarmed by this categorization, as it is body fat that is harmful to health.

In people aged 65 and over, a BMI between 23 and 27 has been shown to be more optimal for survival rates than the standard BMI range of 18.5 to 25. The mortality rate would not increase until a BMI of 33 in these individuals.

The following table presents recommendations for total weight gain during pregnancy based on the mother’s BMI before pregnancy.

In children between 2 and 19 years of age, the determination of BMI is different from that of adults. First, the calculation is different.

Second, there is a charter for boys and another for girls since body fat levels are different for boys and girls. Once the child’s BMI is calculated, it is placed on the chart with age as the second factor.  The percentile is then given and this makes it possible to categorize the child.

Among some of the body fat tests are:

However, these methods are more expensive, as well as difficult for large populations. Apart from that, they also lack any support from clinical research.

If you find that your BMI does not classify you properly, talk to a health professional. For example, if you are classified as underweight but have always been at that weight, ask your doctor to assess your health and take a blood test to detect potential deficiencies. On the other hand, if you are classified as overweight but work out 5 days a week, you may be in very good health because your fat level must be relatively low. Remember that muscle tissue takes up much less space than adipose tissue, with muscle being about 18% denser than adipose tissue.

In conclusion, I think that the use of BMI is still important and relevant. Although its sensitivity is not perfect, it is an easy and very cost-effective way for health professionals to assess the health risks to individuals and populations. The calculation of BMI should be part of an overall assessment that also includes the measurement of waist circumference. 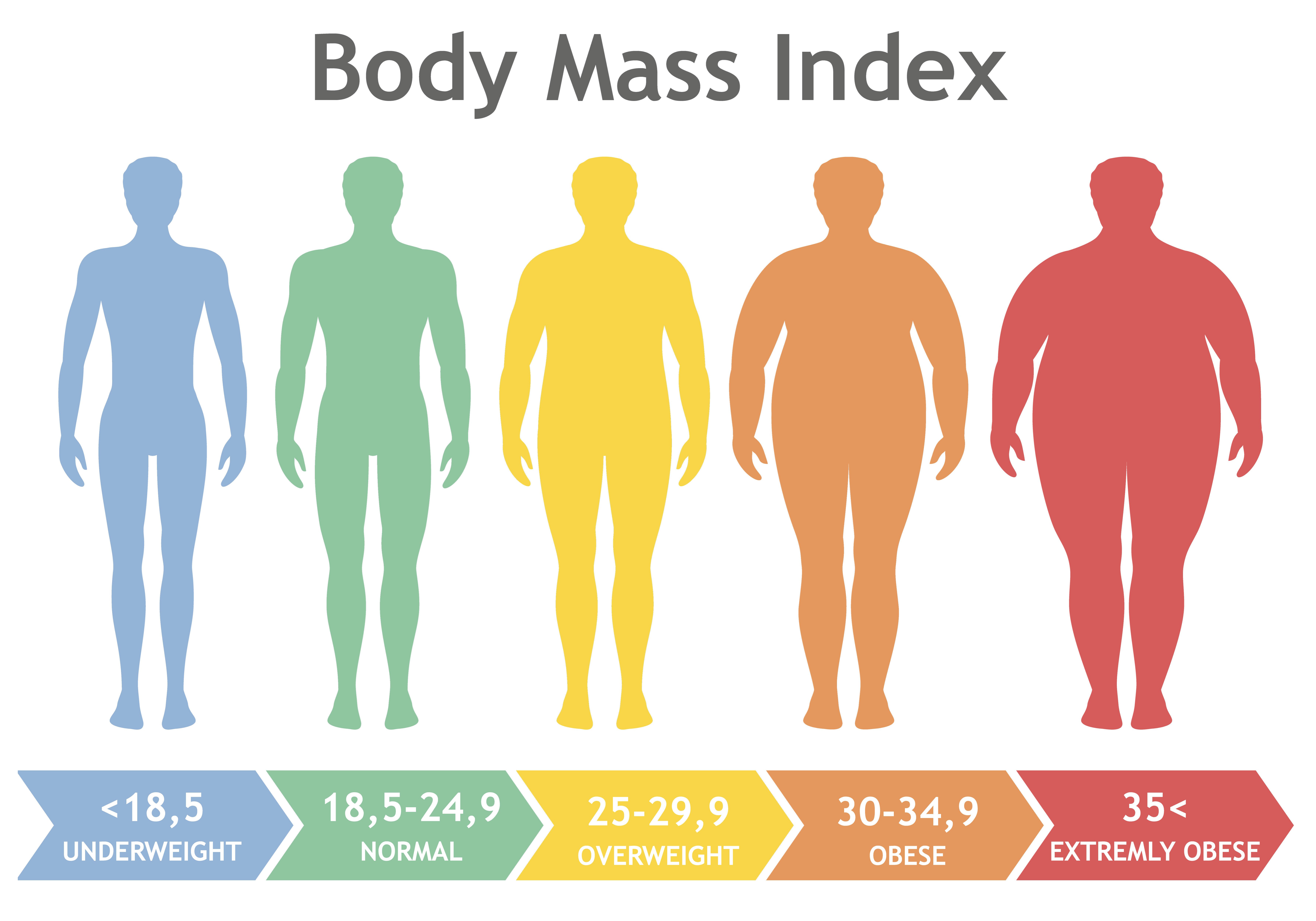 The Body Mass Index (BMI) is a measure based on two variants: height and body weight. The standard formula applies to both adult men and women. The fo... 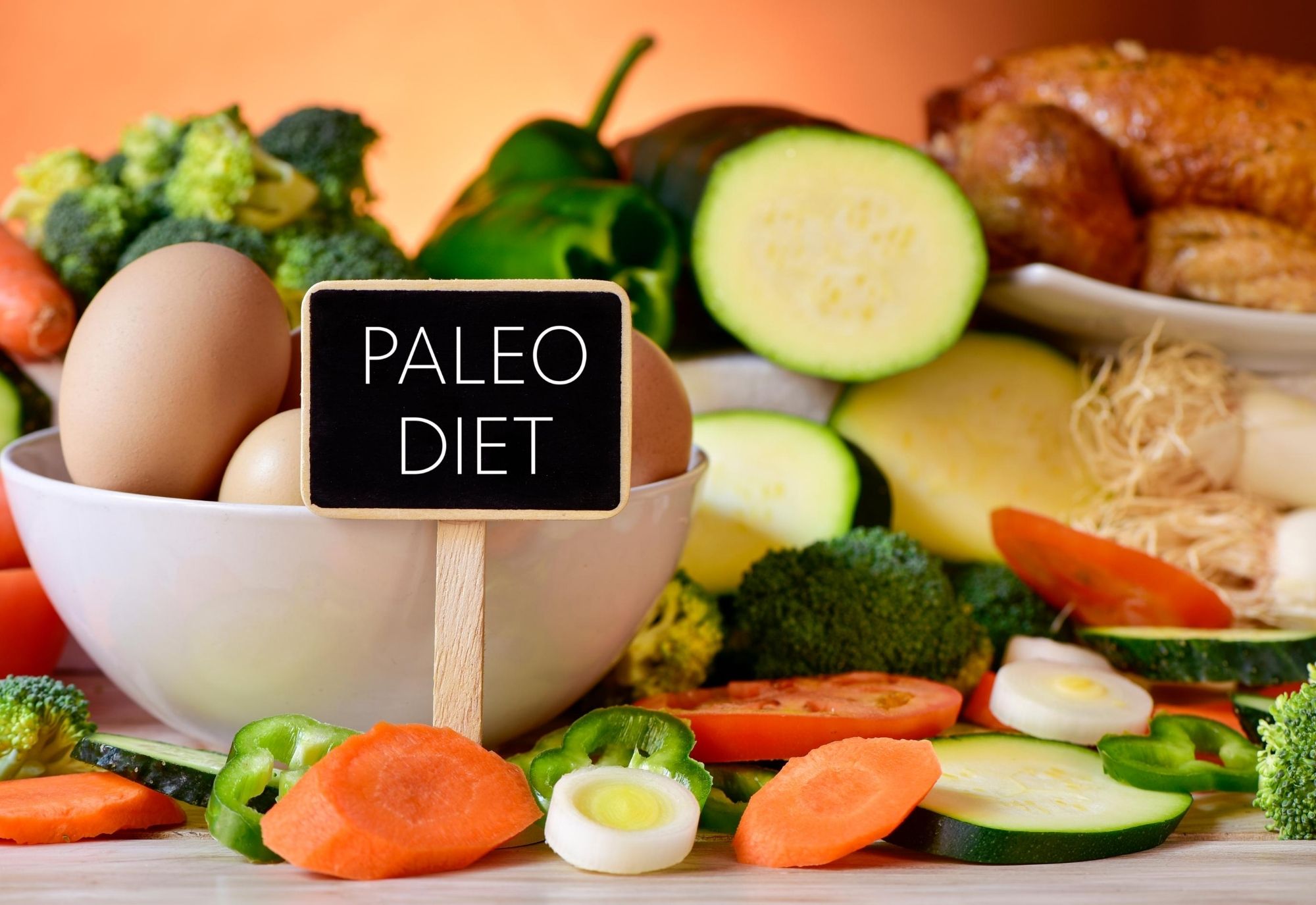 The Paleo diet, or program, has been making headlines in recent years. It aims to embrace the diet as a portion of our ancestors make it function opti... 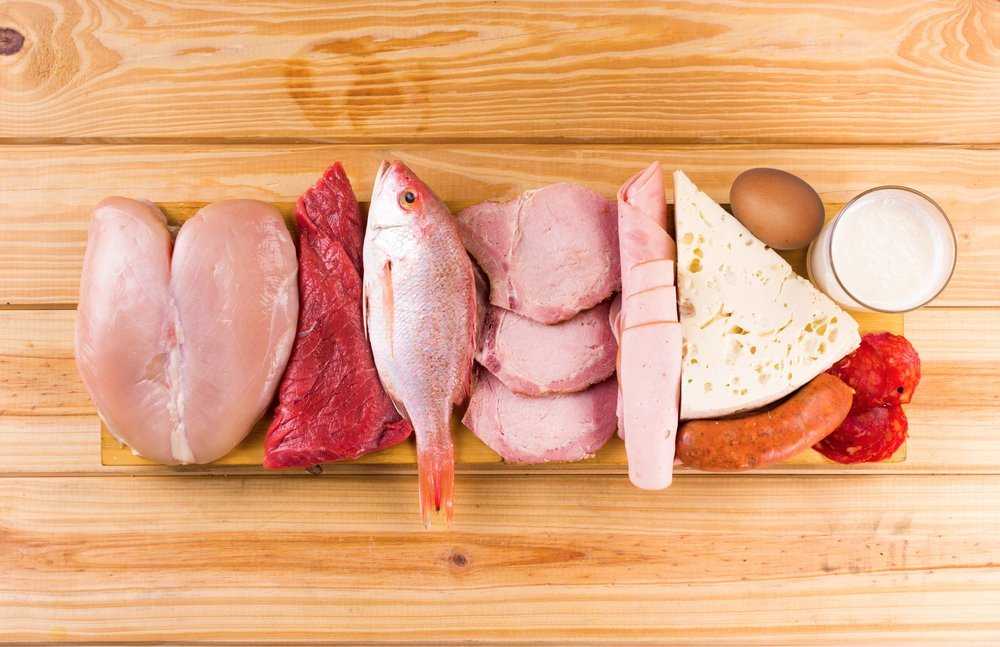 The Dukan diet is one of the most famous high-protein weight-loss diets in the world. It takes place in 3 main phases and allows a spectacular weight ...
Share Tweet Pin Reddit