Cucumber is the very example of the refreshing vegetable. Moreover, it is so often eaten raw that you almost forget that it can be eaten cooked, cooking it a little like zucchini.

Characteristics of the cucumber:

What is cucumber? What is it?

Cucumber is a creeping plant. When harvested, cucumbers are the fruit of a flower. It is long and cylindrical, green in colour. The plant has large green leaves.

Cucumber and pickle are similar foods.

Pickles are usually cucumbers picked before they are fully grown and used as condiments after marinating in vinegar. However, there is a “real” pickle: it is a specific variety of cucumber, the gherkin, whose natural size is only a few centimetres.

A word from the nutritionist

To get the most out of cucumber, you can eat it raw with its skin. One portion of cucumber represents about 180g of cucumber.

4 benefits of cucumber: why eat it?

The cucumber must be firm, have a green, matt skin (it is only shiny if covered with a food wax) and generally smooth (except for pickles). The smaller it is (25 cm to 30 cm), the tastier it is.

The American varieties are rather short and stocky, while the European cucumber is long and thin.

In the refrigerator: one or two weeks in the crisper. Once started, protect it with a cling film. Avoid keeping cucumbers near fruits (apples, in particular), which, by releasing ethylene, contribute to increasing bitterness.

In the freezer: cook it before freezing it.

Preparation of the cucumber

How to cook it? How to match it?

The cucumber can be peeled or not, or it can be partially peeled by removing strips with a peeler. However, it should be remembered that it is in the skin that the most nutrients are found.

While greenhouse cucumbers are rarely bitter, those grown in the field may be occasionally, depending on the variety and various climatic factors. In this case, it is recommended to peel them and remove the sharpest end (the one to which the stem is normally attached), as it is under the skin and at this end that the bitterness is concentrated. You can also cut them into slices and let them drain for an hour in a colander with coarse salt. Or split them in half, remove the seeds and sprinkle them with salt. Rinse and dry with a cloth.

Finally, they can be seeded to reduce the flatulence associated with seed consumption. To do this, split them lengthwise and scoop out the central part with a spoon.

One of the easiest ways to prepare cucumbers is to cut them into thin slices and marinate them for about an hour in a mixture of water (1 cup), vinegar of your choice (1/2 cup), sugar or honey (2 tablespoons) and a pinch of salt or a little tamari. Drain and serve as a marinade or relish, or add to salads.

Grate the cucumbers or dice them and put them in a colander with a few spoonfuls of salt. Rinse, drain and then prepare them according to the recipes below. Serve these cold soups with crushed ice, if desired.

Cucumber is one of the foods that can be implicated in oral allergy syndrome. This syndrome is an allergic reaction to certain proteins in a range of fruits, vegetables and nuts. It affects some people with allergies to environmental pollens. This syndrome is almost always preceded by hay fever. Local symptoms limited to the mouth, lips and throat such as itching and burning sensations may then occur, usually disappearing within minutes of consuming or touching the food.

In the absence of other symptoms, this reaction is not severe and cucumber consumption does not need to be systematically avoided. However, it is recommended to consult an allergist to determine the cause of reactions to plant foods. The latter will be able to assess whether special precautions should be taken.

The term “cucumber” appeared in the language in 1256, first in the form of “cucumber”, a word borrowed from Provençal. It comes from the Latin cucumis or cucumeris.

Cucumbers come from India or, at least, have been domesticated there. Like the other plants of the cucurbit family, its domestication dates back to the early days of agriculture. The genus Cucumis comprises two major groups – Asian and African – distinguished by their geographical affiliation and the number of their chromosomes. The first gave birth to the cucumber as we know it today, as well as its variants, the second to the melon.

From India, cucumbers spread rapidly in the south and east of the Himalayan range. From there, he headed for Greece and Italy on the one hand, and China on the other, where varieties very different from European ones were selected. It was cultivated in France in the 9th century, in England in the 14th century and in America in the middle of the 16th century. However, until the 17th century, the fruit remained small.

During the selections, the cucumber has lost much of its bitterness, which is caused by the presence of cucurbitacin, a toxic compound in high doses. Selection work has also resulted in varieties in a variety of shapes and colours ranging from thin and long Japanese cucumbers with longitudinal grooves, to small round and yellow lemon cucumbers, to long, smooth English cucumbers that are generally grown in greenhouses, and white skin cucumbers, small or large depending on the variety. Other species have produced the West Indian pickle, Armenian cucumber, snake cucumber, horned (green flesh) melon and chito melon, which, despite their name, are consumed like cucumbers.

The “snake” cucumber can reach a length of 35 cm. Striated with dark and pale green stripes, it has the property of growing in a spiral shape (hence its Latin name flexuosus), while its “head”, attached to the plant, stands up as if to whistle.

Sow four or five seeds on mounds spaced one metre apart. Keep the three most beautiful plants on each mound. You can also climb plants instead of crawling them: this method has the advantage of keeping the plants healthier and giving them fruit of uniform colour, better control of insects and diseases, easier harvesting and saving space in the vegetable garden. In this case, sow one or two seeds every 20 cm to 25 cm. Plan a structure about two metres high and a strong rope for each plant.

To get a little early, you can start your plants indoors three weeks before the planting date or get them in the garden centre.

No wonder people say cucumbers are refreshing. In hot weather, when everything gets hot to the touch, the cucumber stays fresh. Even in direct sunlight, its internal temperature is 6 to 8 degrees lower than the ambient temperature.

In Costa Rica, as in other tropical countries, the cucumber moth causes extensive damage and loss. Since the use of chemical insecticides leads to unavoidable pollution, other solutions are needed. An experiment was therefore conducted with a product known as “Effective Microorganisms (EM)”, of which there are some variants and which consists of various mixtures containing dozens of species of microorganisms whose role is not strictly speaking to control insects, but rather to create an environment allowing the plant to strengthen and defend itself against them. These small animals, invisible to the naked eye, produce a whole battery of plant hormones, bioactive substances and antioxidants. It should be noted that the latter play the same role in plants and soil as they do in the human body.

In this experiment, foliar applications were made every four days: in the control group, only water was applied, in the second group, a mixture of microorganisms diluted in water, and in the third, two combined mixtures. The results left no doubt about the effectiveness of microorganisms in fortifying cucumber plants against codling moth: 80% of the fruits in the control group were infected compared to 36% in the second group and only 9% in the third. In addition, treated groups were less affected by leaf spot and other diseases characteristic of humid tropical climates.

Some people believe that this approach goes beyond organic farming. Indeed, effective microorganisms prevent the use of natural insecticides and fungicides accepted by organic certification bodies. Rather, the goal is to regenerate useful soil microbial populations, create an environment that supports plant growth and help plants mobilize all their resources to control pathogens and develop to their fullest potential. 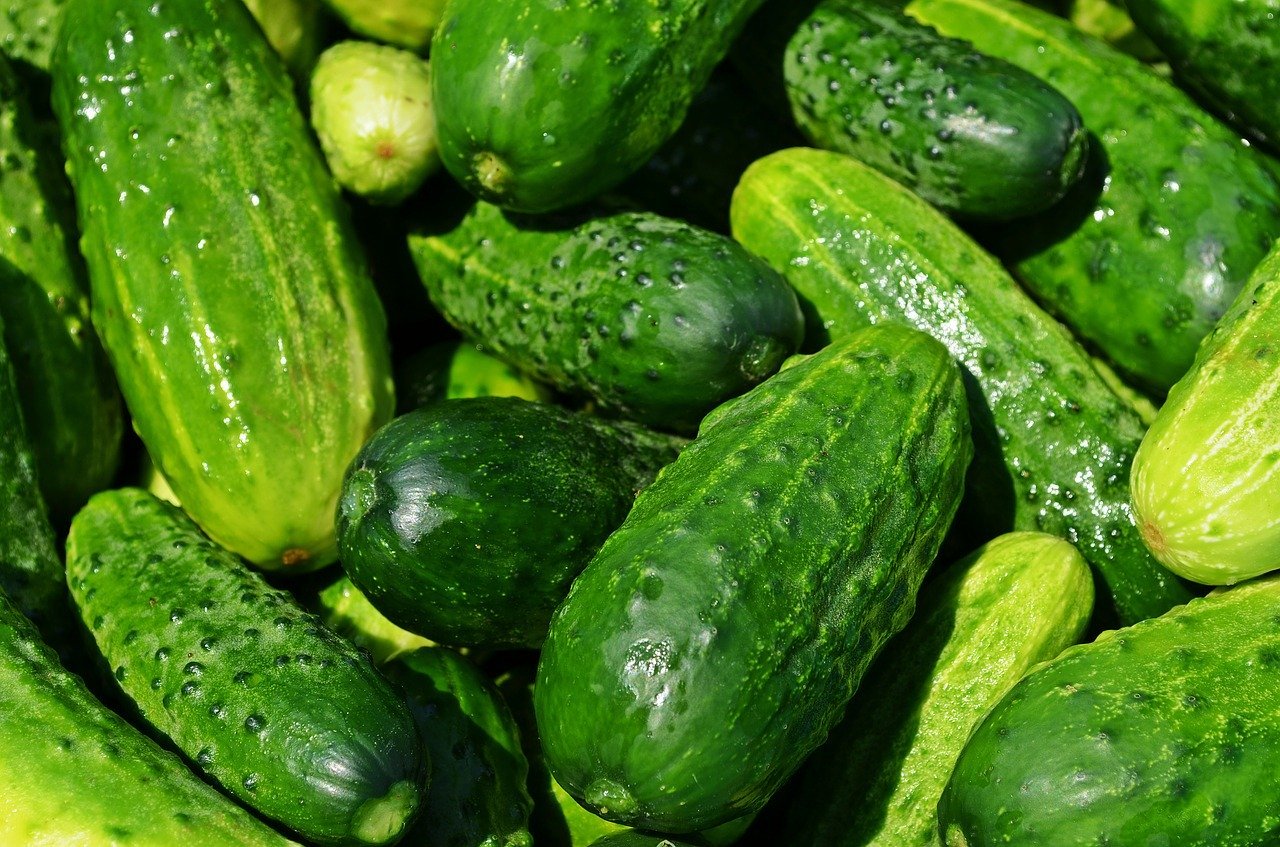 Cucumber : everything you need to know about this vegetable close to pickles

Cucumber is the very example of the refreshing vegetable. Moreover, it is so often eaten raw that you almost forget that it can be eaten cooked, cooki...

The lentil has been part of human food since prehistoric times. One of the smallest legumes, the lentil has the advantage of requiring a shorter cooki... 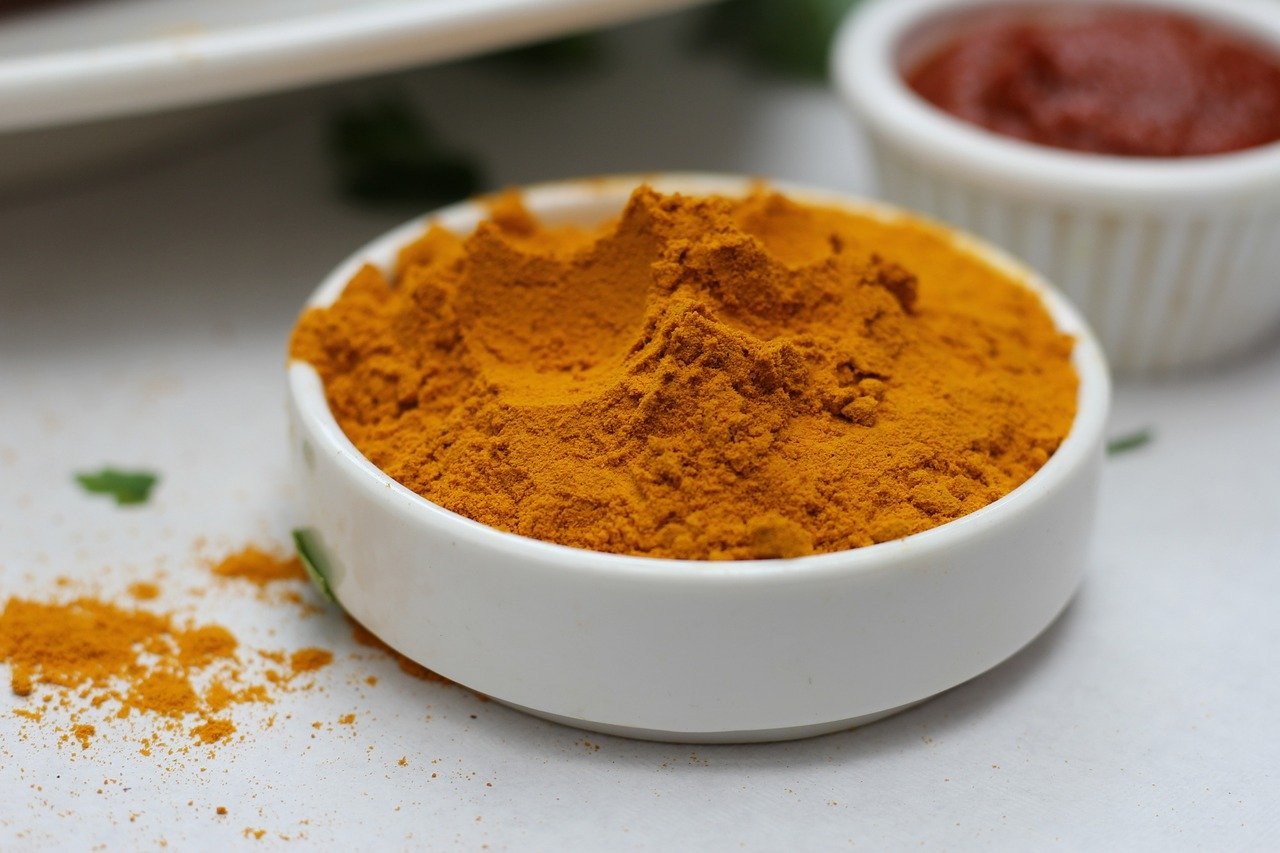 Turmeric is used as a spice as well as a colouring agent in food preparations. It is also one of the main constituents of curry, a mixture of spices p...
Share Tweet Pin Reddit